e-book The Prince of Neither Here Nor There: The Changeling Series (Chronicles of the Misplaced Prince) 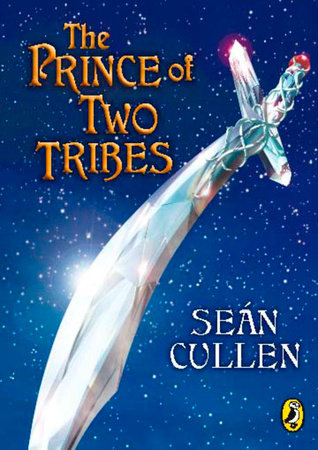 Sep 28, Adela Bezemer-Cleverley rated it did not like it. Before I get into this at all, I need to warn you: if this book is special to you or you liked it in any way, do not read any further than this paragraph.

The dialogue appears to be written by a twelve-year-old the cleverest snippets , and the language of description is the same if not worse.

Why did I pick up this book, considering even the title kind of makes me want to gag with its blandness? Well, I was browsing the shelves YA at my local library, and I read the back of this and saw that it was a modern fairy tale about a boy who finds out, after living in the human world for fourteen years, that he's really a Faerie. Now, I've read a lot of modern fairy tales in my life, believe me, and never once have I found one where the protagonist was male--so I was intrigued.

The very first page, "An Introductory Note from the Narrator", was entertaining, and I actually had hopes that the book would follow a similar if not better line. But in the first few paragraphs of the first chapter I was already disappointed, and it kind of went downhill from there. Or, more accurately--it kind of nosedived off a cliff from there. First, the dialogue: as I said, it reminds me painfully of the way I wrote dialogue when I was a preteen--dramatic, random, and completely false.

There might have been, say, five lines in the entire book that it could be plausible for someone to say if they were in that situation in real life. Other than that, everything is completely forced and not in the least bit thought through. There was nothing, nothing to draw me in or that anyone could possibly relate to--because every joke was lame, every threat was flat, and every exclamation was over flowery and seemingly placed at random. The way Orcadia talked, for example??

She was more like a five-year-old child than an millennia-old evil Faerie! And over. And over again. And Ariel, who's supposed to be this wise and ancient creature?

I just And Brendan's father spoilers! Oh, I'm sorry, I didn't realize Darth Vadar was a part of this story. Now, this may seem like a minor detail, but I found it incredibly annoying how difficult it was to conjure up mental images from some of the similes used. Things that come to mind are things like saying, for example, that Borj's arms hang down like "thick tree branches"--how thick is thick, for one thing?

And how do thick branches even hang down? It would have made sense if his arms were compared to, like, an ape's, or something.

An image like that is just a complete distraction from the overall picture. Also, exclamation points in a description of an event--can you say "stop writing right now"? Third, the explanations for things that really should not have to be explained. Some of the things explained in footnotes--and some even within the text--were ridiculous.

It felt like Cullen was treating the reader like an ignorant child; I was very confused as to why the book would be considered Young Adult. Fourth, and kind of tying into the third one; repetition. The repetition in this book was outrageous. I swear, every single time Brendan had an interaction with Orcadia, it would come down to her threatening, "This is your last chance!

There's a lot of repetition in Brendan's dialogue as well--first, who doesn't know what the word "glamour" means?? And who, after being told what it means, has to ask again like ten pages later? This leads me right into my fifth problem with this book: the characters.

There is not a single well-rounded, exciting, scary, funny, pitiful, or interesting character in the entire cast. Brendan, for starters, is an annoying little bratty idiot. How he got accepted into the "nerd school" I haven't the slightest idea. He has no intuition, no ability to think critically and work things out for himself, no foresight, nothing. If you know me, you know that underdog characters are my favourite of all time. I have nothing against a character who isn't the ideal hero in fact, I prefer them not to be--why do you think I love all of John Green's male protagonists, for example?

And why is Peregrin Took my favourite literary character of all time? But Brendan, and I'm sorry to say this but it's necessary: Brendan is downright stupid. There are things pointed out to him early on in the book extremely obvious things that he completely misses and then it like, blows his mind when he finds out later. And he obviously doesn't listen when other people talk, because I'm absolutely certain that at least two of his real relatives reveal themselves as such about 50 pages before he does his whole "Whoa!

Holy cow! You're my aunt? The other characters aren't really as bad, but it could just be that Brendan stands out because one expects the protagonist to be the most well-rounded character in the story. Orcadia, as I said, acts like a jealous Kindergartener. Ariel is boring and forgettable. Delia is unbelievably immature for a fifteen year old supposedly brought up by good parents. BLT is obviously supposed to provide comic relief, or be cute, or something, but honestly she doesn't seem to serve any real purpose at all. Also--and I don't know if this connects more to characters or to language but--the exaggerated accents on some of the characters are really irritating and can probably even be offensive to some people.

One of the two I'm thinking of is Finbar, who slips in random "fer"s and "ye"s and loses random g's and s's, which, if you read it out loud, sounds nothing like an Irish accent--it would be far more effective to just say he has a thick Irish accent and leave it at that I think it's especially irritating because there's no consistency.

The other is Leonard, who the reader can easily assume from his description is supposed to be a very stereotypical Jamaican man. And if he were described as having a Jamaican accent, the reader could easily imagine that. But instead his speech is littered with random "mon"s and "ya"s and again, minus a lot of s's. It's just distracting.

Yes, I absolutely adore the mole, shrew, sparrow, and especially hare dialects in those books. And you know I love Harry Potter, and I love Hagrid, and everyone knows he uses "yer" and misses g's all the time. But the thing with these characters is that their dialects or their accents, whatever you want to call it feel completely genuine to who they are, in the context of the story. Whereas the accents of Finbar and Leonard and Borj, though to a lesser extent come across as forced and entirely fake this also may be partially attributed to the dialogue problem mentioned earlier.

Sixth, and most important of all: the complete lack of creativity in every single aspect of this entire book. Everyone knows that the most essential thing that fiction requires of its creator is creativity--heck, it's not called "creative writing" for nothing! There was nothing new presented in this story. Apparent human being turns out to be a fairy. How many hundreds of times has this been done before? Has a friend who is really a fairy in disguise and has been assigned as his protector--same deal.

Villain wants to destroy humanity--same deal. Hero has to go on a quest before he can discover his true self. A quest to find an object. An amulet, to be specific. Again, how many times?? Obviously I'm not saying that it's bad for a book to have archetypal aspects--it's impossible not to. But there has to be something unique, something that makes that book different. Besides the dullness of the plot, the creativity is lacking in pretty much every other element of the story as well.

Character names? Creature names? New, unheard of fantasy creatures? None to be found--yes the Silkies don't look like your usual Silkie, but they're still called that, aren't they? Yes, "Kobold" is a made-up word, but the reader can tell they're essentially a weak play on werewolves.

A pub behind a wall. Way too much overuse of terms like "Fair Folk" and "People of Metal" which isn't very creative in itself and way too many capitalized words that probably would have made more of an impact left alone. Needless to say, I will never read the other books in this series how many are there? I don't even know. Those who pick it up will be rewarded for the effort. Source: The Canadian Children's Bookcentre.

Winter Brendan learns he is a Faerie who was lost in the human world. Will he be forced to turn his back on his human parents and embrace his Faerie roots? How can he survive in the face of powers determined to destroy him before he can grasp the scope of his newfound birthright?

Add to list Share On a book page, this tab will allow you to add a book to one of your lists. Please login or register to use this feature.